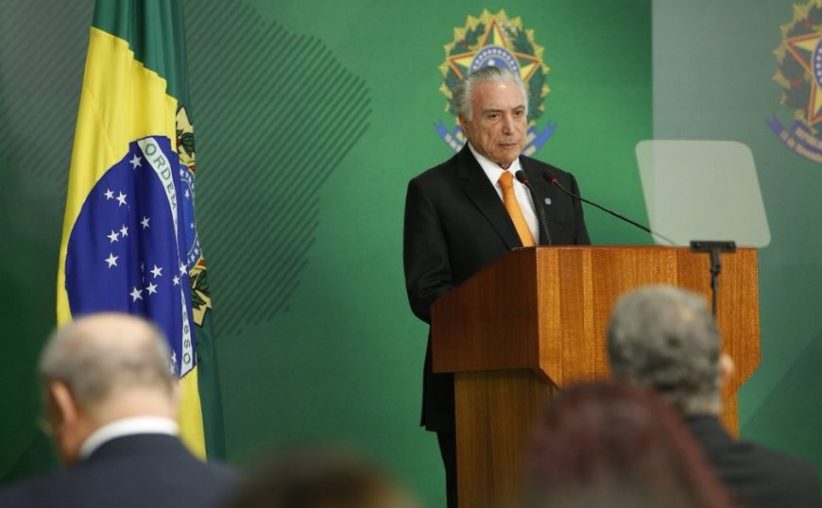 The decree for increased military presence in the region will be short-term and in effect for only two weeks, until September 12.

The decision was made yesterday, August 28, after recent violent attacks broke out against Venezuelan migrantsalmost two weeks ago, following reports that a group had robbed a Brazilian. As a result, 1,200 Venezuelans were forced to flee the country, returning to their homeland.

However, in an interview with Radio Jornal today, the President also hinted at his plans to introduce a numbering system for migrants that cross the Brazilian border, in order to eventually limit their entry into the country.

“Venezuela is putting South America in a position of disharmony and imbalance,” he claimed, live on air. “We must change this climate. We offered Venezuela humanitarian aid and the government refused, so people came here. The ideal thing would be for them to receive humanitarian aid so that they can stay.”

Speaking of the steps he is planning to take, he explained how the Brazilian government will begin the process of transporting migrants from Roraima to other states in Brazil. “Around 700 or 800 people arrive per day,” he said, adding that his government are “thinking of recording the numbers, so that, who knows, 100, 150 or 200 enter per day, in order to organise the entrances a bit better.”

However, just hours after the broadcast, members of his cabinet released a statement claiming that records of numbers of migrants entering Brazil would strictly be used to attend to their needs and not control their entry, reported Agência Brasil.

Amidst pledges to send more resources and medical staff to border town regions, a measles outbreak and shelters that are fit to burst, the President explained via Twitter his plans to seek support from the international community in order to ease the strain of the problem.

Just this week, ambassadors from Brazil, Colombia, Ecuador and Peru met to discuss efforts to address the humanitarian crisis currently occurring as a result of the situation in Venezuela, which has been labelled the largest in modern Latin American history.