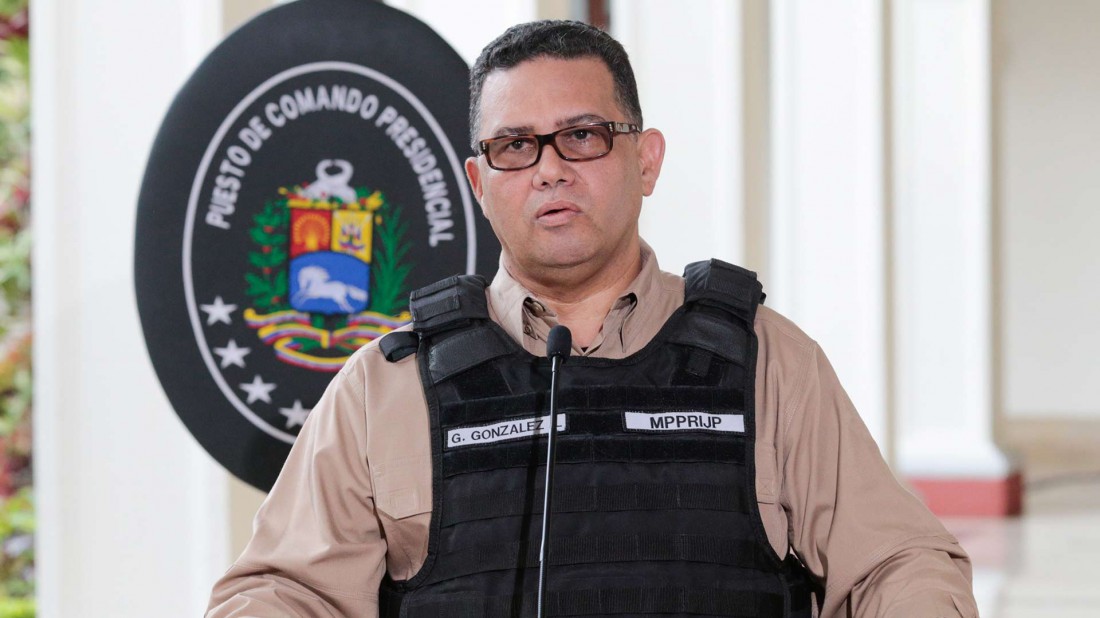 In a video published on January 8, 2019, Venezuela Vice President Delcy Rodríguez swore in Gen. Gustavo González López as Security and Intelligence Adviser to the Office of the President of the Republic of Venezuela, effectively making him the head of presidential security for President Nicolás Maduro.

The former director of the Bolivarian Intelligence Service (SEBIN), Venezuela’s intelligence agency, “has been missing since October and nobody knows if he’s alive or dead… detained or in hiding,” said former Venezuelan Supreme Court Judge, Christian Zerpa on Monday.

Zerpa made his claim during a press conference in Orlando, Florida where he also announced that he and his family have fled Venezuela and that he has denounced the government of current President Nicolás Maduro.

Speaking about his suspicions, Zerpa demanded that the Venezuelan government provide “proof of life” of Gustavo González López, the ex-director of SEBIN.

González was ousted from his position in late October 2018 after an uproar surrounding the suspicious death of Venezuelan opposition politician Fernando Alban. Alban was detained by the government for his alleged role in an August 2018 drone attack against Maduro, and according to authorities, jumped off of the 10th floor of the SEBIN building, committing suicide. Critics contend that he was murdered.

Since González left the public eye in October, rumors have circulated about his whereabouts. Some hypothesize that he was arrested by Venezuelan authorities in response to the death of Alban, while others suggest he may have fled to the United States to become a witness against the Maduro regime. And in November, José Vicente Rangel, Vice President of Venezuela under Hugo Chávez (2002-2007) told media that González was relieved of his duties for “compromising the security” of Maduro, after a caravan the leader was traveling in was allegedly intercepted by a small group of armed SEBIN officials.

Manuel Cristopher Figuera has been director of SEBIN since González’s departure.