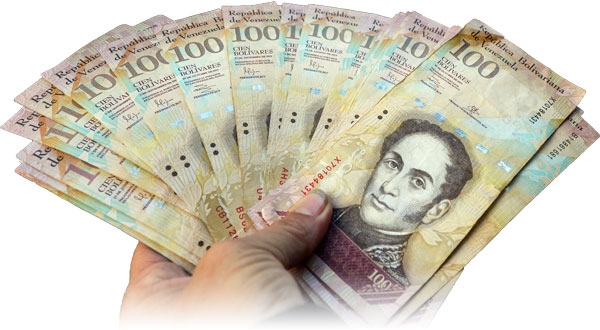 Venezuela is looking for opportunities to open bank accounts in Asia and Europe according to Economy Vice President Tareck El Aissami, a Reuters report says. The move aims to enable the nation to conduct hard currency transactions. Venezuela, which is a part of Organization of the Petroleum Exporting Countries (OPEC), is trying to find ways to succeed in dealing with US sanctions that are harming its foreign commerce.

Going through its fifth year of recession, Venezuela is battling hyperinflation. This has led to overwhelming numbers of emigrants from the country to enter neighboring countries, as they attempt to escape the economic upheaval back home.

Reports have often quoted Venezuelan President Nicolas Maduro accusing the US for causing Venezuela’s various economic problems, which include chronic shortages of food, medicine, and other basic goods. However, at the same time, Maduro’s critics have criticized his policies, which have been described as including complicated currency controls and substantial interference from the state in the Venezuelan economy.

“The President has instructed the finance minister to begin a new correspondence scheme in Europe and Asia for public banks,” Reuters quoted El Aissami. Without naming a specific time frame, he has also said that the government is planning to sell 2 billion euros (USD 2.32 billion) on its Dicom foreign exchange platform from November or December. He stated that the euros will come from oil revenues, though he did not provide a detailed breakdown.

So far, according to official statistics, the Venezuelan government has sold about USD 75 million with the help of Dicom auctions this year. Currently, the nation’s reserves show a 20-year low at USD 8.825 billion. Two-thirds of this amount are held in gold bars.

In an attempt to fight inflation, in the month of August, Maduro devalued the Venezuelan currency bolivar by 96%, raised taxes, as well as increased the minimum wage. However, inflation is still not in control in Venezuela, which, according to the International Monetary Fund, has reached a staggering 1.4 million percent this year and is projected to touch 10 million percent next year.