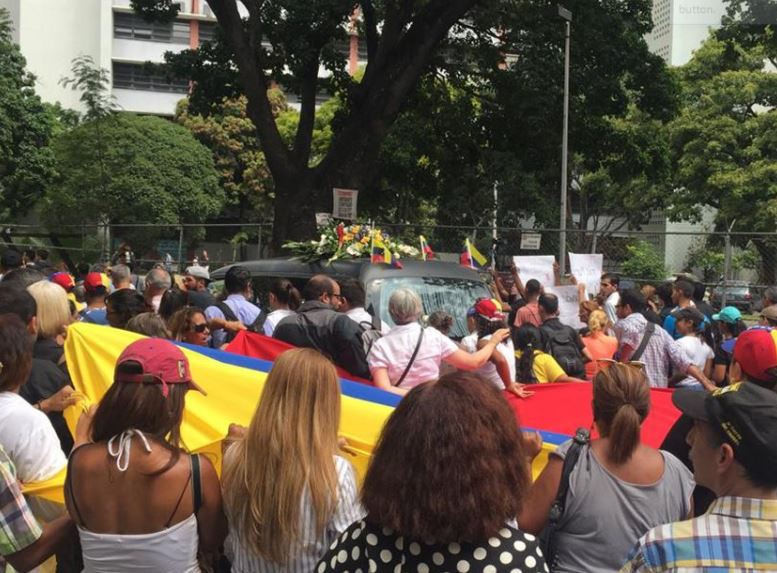 Albán was taken into police custody on Friday, October 5 when he arrived at Caracas’s international airport after a trip to New York to attend the United Nations General Assembly. The politician was arrested on suspicion of involvement with the alleged unsuccessful assassination attempt on Venezuelan President Nicolás Maduro that took place in August, involving explosives allegedly carried by drones.

Reports released by Chief Prosecutor Tarek William Saab on state TV suggest the city councillor committed suicide, having asked permission to go to the bathroom and then throwing himself out of the 10th floor window. However, Maduro’s opposition and Albán’s fellow party members allege that he was instead murdered.

As a result, the United Nations have ordered an impartial investigation into his death in order to determine exactly what happened.

“There are so many different reports and quite a lot of speculation on exactly what happened,” commented UN Human Rights Office spokesperson Ravina Shamdasani, who claimed it was the Venezuelan intelligence service’s responsibility to take care of the politician while he was in their custody.

“They said he committed suicide,” he stated. “However, it is impossible that such a profoundly religious person would commit suicide.” He explained how he had spoken with the late Albán’s wife, who insisted he had been strong in the weeks before his death.

However, according to TIME, his wife had also told Borges about the immense pressure that Albán felt himself under when it came to testifying against the alleged assassination plot against Maduro.

“There’s no doubt [Albán’s] death was an assassination,” Borges claimed, without providing evidence.

“The United States calls for the immediate release of all political prisoners [and] The Trump Administration will continue to increase pressure on the Maduro regime and its insiders until democracy is restored in Venezuela,” read the statement.

After news broke of his death, Albán’s supporters have since gathered outside the police headquarters building shouting “Maduro, killer!”

Yesterday, the politician’s family, friends and opposition to Maduro’s government paid tribute to Albán, gathering around his coffin, which was draped in a Venezuelan flag.