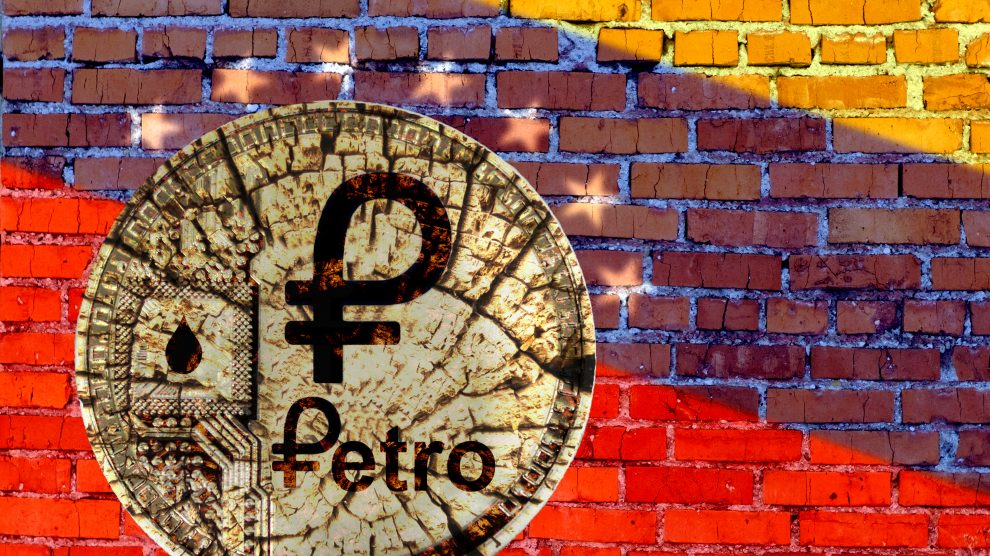 From November 1, Venezuelan authorities will issue passports with the requirement that the requisite fee be paid with the state-backed cryptocurrency, the Petro. The announcement was made by Vice President Delcy Rodriguez on Friday.

At the press conference, Rodriguez confirmed a price of 7,200 Sovereign Bolivars (Bs.S) for a passport and Bs.S. 3,600 for an extension. This equates to the issuing of the document costing 2 Petros and an extension costing 1 Petro. Rodriguez stated:

“In the case of Venezuelans who are abroad, until the first day of November the cost will be US $200 for issuance and $100 for extensions.”

According to a United Nations International Organization for Migration (IOM) report earlier this year, the estimated number of Venezuelans living abroad amounted to 2.3 million – with the vast majority of those having left the country since 2015 as a direct result of the economic crisis that has gripped the country. It’s estimated that 5,000 Venezuelans are leaving the country every day – the largest movement of people in recent history in Latin America.

The Petro was first announced in December 2017 and was the first state-backed cryptocurrency to be launched in Februrary 2018. In August, Venezuelan President Nicolas Maduro declared that it was to be recognized as an official unit of account in the country.

It’s believed that the main rationale behind the development of the state-backed digital currency is in an effort to evade economic sanctions, which have been imposed on the country. Maduro has maintained that the cryptocurrency will also assist in containing rampant inflation on the basis that the currency is backed by Venezuelan oil reserves.

Many critics are skeptical of this on the basis that the oil reserves in question are still in the ground. Furthermore, their belief is that the Venezuelan government has a poor track record given their handling of the economic crisis and that trusting them to back the state cryptocurrency would be foolhardy.

“Venezuela makes history!” Maduro stated in a televised address. “Today we take a step forward with the launch of Petro as a national currency and platform for strengthening our financial sovereignty.”

During the broadcast on Telesur, he went on to say that unlike other cryptocurrencies, the Petro doesn’t need to be mined because it already has a value. It’s shielded with Venezuelan oil and mining wealth. This seems to misunderstand the whole purpose of cryptocurrency mining, which is to form a system of transaction validation which cannot be tampered with.

According to Bloomberg, the new passport price represents a value of four times the national monthly minimum wage. The move to increase the price and to make passports available to the population solely via cryptocurrency may be a measure to make it harder for citizens to leave the country. The Petro is not available through any major cryptocurrency exchange and as things stand, it doesn’t seem to be accepted by any shops in Venezuela.

At the very same time as this measure was announced, the Venezuelan authorities also clarified that a new police division would be set up to be located at the country’s 72 ports of entry to deal with migration-related issues. Many international airlines have already stopped scheduled services into and out of Venezuela. Furthermore, prior to these measures, citizens already have to spend days to apply for and secure a passport.

In March, U.S. President Donald Trump signed an executive order making it illegal for any entity in the U.S. to transact in the Petro cryptocurrency. A bill put forward by a group of U.S. senators last week aims to take a harder line still with regard to the cryptocurrency. It proposes that any U.S. resident would be banned from providing software support to Venezuela in their efforts to make the Petro available.

As the world’s first state-backed cryptocurrency, the Petro continues to act as a live experiment at the expense of the Venezuelan people. Whilst the motivations of the government may be less than altruistic, no doubt it will provide some useful data for those in the industry to consider in the future efforts of countries in providing a national cryptocurrency for their citizens.

This article originally appeared in The Bitcoin Mag.