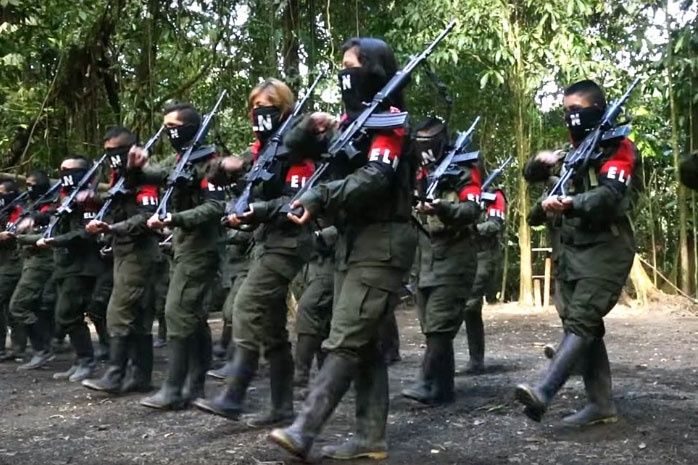 “The National Liberation Army (ELN) is not only in the mines of Bolívar, but in [the states of] Amazonas, Apure, Táchira and Zulia, with fatal consequences for Venezuelans,” the representative said during a special session of the Venezuelan National Assembly according to NTN24.

De Grazia also rejected denials from officials inside President Nicolás Maduro’s government that the Marxist guerrilla group had any involvement in the October 14 massacre of seven Venezuelan miners in the town of El Bochinche, located in the municipality of Sifontes in Bolívar state, near the border with Guyana.

According to reports, the ELN guerrillas allegedly confronted a group of miners, “looking to take control of the mine, dominated by the [Venezuelan] criminal gang Coropo.” Seven bodies were later recovered and locals have reported a total of 16 missing.

The ELN have been active along the Colombian-Venezuelan border for decades, often crossing back and forth to avoid military bombardments. But organized crime watchdog InsightCrime reported that the ELN’s alleged encroachment deep into Venezuelan territory could signal ‘another war’ for the guerrilla group. This time for gold and other precious minerals like coltan – used in electronics – and diamonds.

De Grazio, an opponent of the Maduro regime, goes so far as to claim that the Venezuelan government is in cahoots with the Colombian rebels to help secure the mineral rich areas of the country.

Speaking to the Miami Herald in June, De Grazio said, “Big multinationals have been demanding more security in the area in order to invest … and the state is trying to guarantee that security by using the ELN, which they believe are more reliable than the [local Venezuelan gangs].”