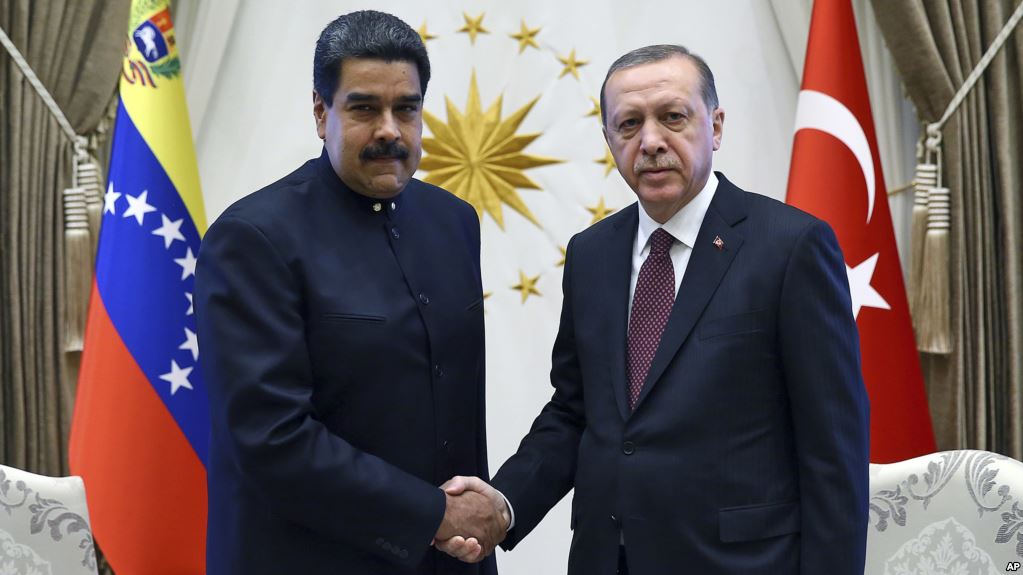 The journey from Cucutá to Bucaramanga in Colombia is remarkable not only for its steep ascent up the chilly paramo but for the now hundreds of Venezuelans who have decided to make the four-day, 120-mile trek on foot. Initially, the journey was undertaken largely by men but, over the previous months, women — many of whom pregnant — have started making the voyage up the steep climb to Berlin, Santander in northwest Colombia.

Town squares in cities like Pamplona and Berlin are now filled with Venezuelan migrants, preferring to spend the night on dimly lit park benches in favor of living another day in Venezuela.

The journey of millions of Venezuelans that are fleeing their country has now led to many countries adding further pressure to Venezuelan President Nicolas Maduro and the calls from international leaders for him to step aside have only grown louder. But will Maduro budge?

The rattling of sabres

Nicolás Maduro became President in 2013 following the death of Hugo Chavez, having been Chavez’s Vice-President. In 2014 crude oil prices plunged losing almost half their value and making the country with the world’s largest reserves vulnerable to economic calamity. Maduro was reelected in May of this year in an election that was widely denounced outside of Venezuela as undemocratic and illegitimate.Maduro himself has claimed that the calamity was a result of an ‘economic war’ being waged by the West and he doubts the severity of the migrant crisis.

Two and a half million Venezuelans have now left the country in search of a better life. Around a million have made their way to Colombia, according to official estimates. At this stage, there appears to be no slowing the pace of migrants arriving in countries like Colombia and Brazil, a rate increasing almost as fast as Venezuela’s rapidly devaluing currency.

Speaking in a podcast by the Center for Strategic and International Studies, Colombian Ambassador to the US Francisco Santos estimated that another one and a half million will enter Colombia if Maduro were to stay in power. Being one of Venezuela’s major geopolitical foes, their Western neighbours have continued, politically at least, to press for a Venezuela without Maduro.

Most recently, Colombia chose not be part of an agreement that ruled out military action in Venezuela: a deal that had been signed by most Latin American countries. Despite not being part of the agreement, President Duque maintained that Colombia would seek a solution that diplomatically isolated Maduro. This more measured approach was seen recently when Venezuelan soldiers encroached into Colombian territory within the Orinoco river where the violation of national sovereignty was referred to without a flaring of words by the administration.

However, things came to a head when last week Luis Amargo, head of OAS (Organisation of American States), referred to Maduro as a dictator and called for regional coordination.

Telesur TV, a media outlet known for its favourable coverage of Maduro’s administration, reported that the remarks were threatening and a military response was being considered. Evo Morales also registered his displeasure at Almagro’s remarks.

Further evidence of a more aggressive approach came in a New York Times report detailing that President Donald Trump had discussions of a military coup that would receive the backing of the US. When pressed on the reports of a military coup backed by the US, US Ambassador to Colombia Kevin Whitaker refused to comment on them, saying instead to Colombian daily El Tiempo that the US would be pushing for a “transition towards democracy” and that Maduro should permit the flow of humanitarian assistance to Venezuelans.

A military option led by the US would mark an about turn for the President, who was able to win on a populist agenda in 2016 that included a more isolationist stance, particularly as related to foreign wars. On the campaign trail, then candidate Trump said of the Iraq War that he was wholly opposed to it, even if earlier remarks made prior to the war were to the contrary.

The influence of China

Remarkably, despite the political bluster, the US is still one of the largest customers of Venezuela’s crude oil. According to data by Bloomberg, the US buys around 30% of its crude oil exports and Venezuela has parent companies and other interests that are incorporated in the US.

As a result the first battles against Venezuela, have been waged in the courtroom where US courts have been more bullish about holding the country accountable for civil actions. Recently, assets of Citgo–a Venezuelan parent company– was forced to forfeit its assets to pay off debts owed to a Canadian mining company. Similar seizures were reported in the Carribbean in an effort to make the government pay.

Although these have exerted economic pressure, it’s unlikely that Maduro will step aside given the continued support that he receives from China and, to a lesser extent, from Russia.  According to the most recent report by the Carnegie Tsinghua Institute, over US $60 billion in loans have been made making Venezuela “the single largest recipient of Chinese official finance”. Most of these loans occurred when Chavez was in power and was the second major burden that Maduro inherited. In September 2017 Venezuela stopped paying its bondholders altogether.

Writing in the Americas Quarterly, the former Mayor of El Hatillo David Smolansky–part of an OAS working group–concluded that in addition to sanctions and limiting the free movement of illegal actors that embezzle Venezuela,  “It is also important to standardize a system for granting asylum to Venezuelan refugees, promote campaigns against xenophobia towards emigrants and create a foundation of multilateral cooperation that guarantees protection and attention to the displaced with education, shelter, sustenance, healthcare and training.”

The plight of many has now become a concern for the continent for which most are certain that it is Maduro who should be leaving, not its people.

Given recent developments, however, including an unclear and uncoordinated diplomatic strategy going forward and the support of powerful nation-financiers; whether Maduro will leave remains a highly uncertain proposition. What is clear, however, is that his continued rule will result in millions more leaving instead.