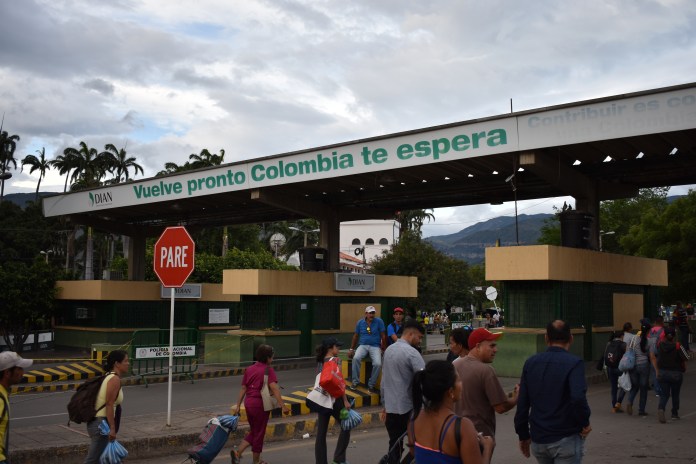 The key immigration authority in Colombia has confirmed that 870,000 Venezuelan nationals have migrated into Colombia since the beginning of the economic crisis hit the beleaguered nation. In an official statement made last week, Director General of Migracion Colombia Christian Krüger Sarmiento said that 382,000 Venezuelans had been normalised and 442,000 were in the process of doing so. Around 46,000 remain undocumented within Colombia according to the Director General.

When compared with 2017, the newly released numbers represent a 58% increase to a crisis that shows little sign of abating. Around a quarter of all Venezuelans referred to by Migracion Colombia reside in Bogotá. “If this trend continues, in the first weeks of August, there will be close to one million Venezuelans living in Colombia,” Krüger Sarmiento warned in a press release.

In response to the large influx of migrants from Venezuela, USAID has decided to donate another $6 million to bring their total to $56 million since the beginning of the fiscal year in 2017.

According to a press release published this week by USAID, the extra spending will be focused on emergency food, health and information management assistance to the Venezuelan migrants that need it the most.

“[W]e need to help countries become more self-reliant. We need to help countries that are willing to make tough choices,” Administrator Green said in conversation at the Concordia Summit last week. The summit, an attempt to forge links between the public and private sectors, boasted a list of speakers that included former US Vice-President Joe Biden, Colombian President Juan Manuel Santos and President-elect Iván Duque.

A key ally in the region for the US, Colombia receives the lion’s share of funding from USAID, totalling $325 million in the year 2016. The assistance that the aid provides has been severely criticised by the Trump administration for not having done enough to stem the flow of drugs into the US. Curbing the opioid crisis had been one of the President’s signature pledges in his “Make America Great Again” campaign.

In February, President Trump threatened to cut foreign aid to countries that continue to traffic in illicit drugs. Colombia remains the largest supplier of cocaine in the world and recent reports have shown this trend to be increasing rather than increasing.

In a speech to the Colombian Congress last Wednesday, Adminstrator Green also noted Colombia’s leadership in the region and its importance in establishing “a hemisphere of freedom” in the Americas. “Providing money is not enough. It must be joined by policies that centralize reform, prioritize people, and help them to take charge of their own future.”