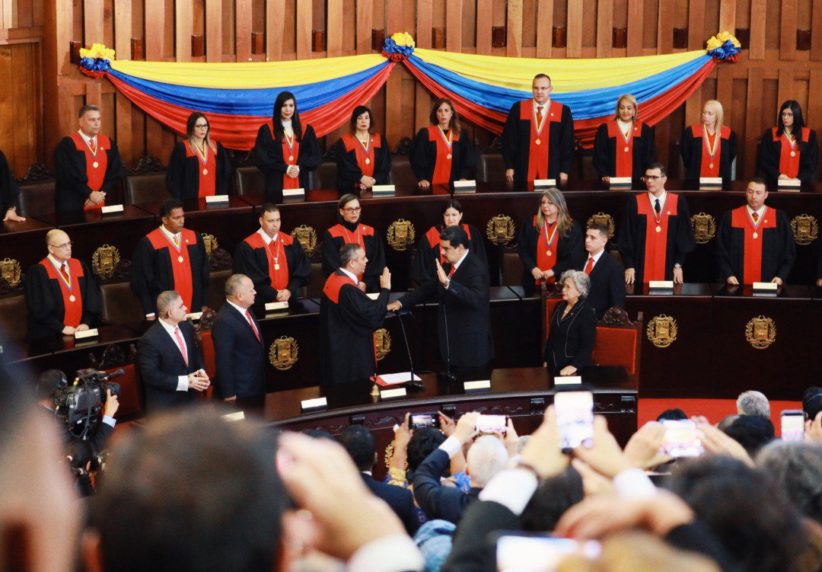 On Tuesday evening, U.S. President Donald Trump painted an apocalyptic picture of the “national security crisis” on the Southern border of the United States. In his address to the nation, he invoked fear by describing a clamoring horde of violent migrants who were fleeing Central America and bringing with them a melange of deadly narcotics that are claiming American lives at alarming rates. The backlash to the speech from House Speaker Nancy Pelosi is that the U.S. president is crying wolf about the immigration issue, amassing fear about a threat that does not exist on such a scale. According to on-the-ground reports, President Trump’s preoccupations of a mass immigration crisis are in fact, misdirected. Approximately 5,378 kilometers from the San Ysidro port of entry between Mexico and the United States is Cúcuta, the Colombian border city between Colombia and Venezuela ,where there is in fact, an immigration crisis, although much more complex than an influx of “bad hombres.” Like the immigration situation in the United States, Venezuelan immigration is dominating the news cycle in Latin America, except for the one source with presumably the closest proximity to the issue: the Venezuelan president, Nicolas Maduro.

On Thursday morning, President Nicolas Maduro was sworn in to his second term in office despite a growing front of multinational opposition. The presidential elections, which were held in May, have been deemed illegitimate due to charges of corruption—the most obvious example being that Maduro banned the leading opposition parties and candidates from running.

After Maduro seized the presidency, inflation rates ballooned to 14,000percent; oil production plummeted; food and medical supplies plummeted; the current monthly minimum wage of $5 continues to plummet; and over three million Venezuelans have fled the country in what has resulted in the the “largest exodus from a single country in the region, in recent years,” according to the UN.

In the weeks leading up to Maduro’s second term, a coalition of countries was assembled to oppose Maduro and his presidency. Two notable absences from this group were Bolivian president Evo Morales and Mexican president Andrés Manuel López Obrador, who is known for his non-interventionist politics. As for the coalition against Maduro, known officially as the Lima Group, the countries that have joined forces are Colombia, Argentina, Brazil, Chile, Costa Rica, the United States, Canada, Paraguay and Peru.

Despite enforced trade sanctions from the U.S. and threatened sanctions from the EU , the Lima Group seems more symbolic than anything. And despite the gravity of the crisis encroaching on borders throughout the region, many countries are hesitant to divest from Venezuela completely. Thus, it’s hard to know what will really come of the public outcry.

What we do know though, is the outcry itself. And thus, the inauguration of Maduro in ten tweets:

The US will not recognize the Maduro dictatorship’s illegitimate inauguration. We will continue to increase pressure on the corrupt regime, support the democratic National Assembly, and call for democracy and freedom in Venezuela.

#Venezuela What a photo… overweight dictator of a starving country, his narco wife, and a convicted criminal acting as president of his fake Supreme Court. You can’t make this shit up… #MaduroNoEsMiPresidente pic.twitter.com/ILTANTAUdm

Venezuelan intelligence services have detained and brutally tortured military officers and family members of people accused of plotting against the government. The repression continues as the Maduro regime clings on to power.
New @hrw & @ForoPenal reporthttps://t.co/eiurBLmU5h pic.twitter.com/SNpx1RXPWE

With 19 votes in favor, 6 against, 8 abstentions and 1 absent, Permanent Council of the #OAS agrees “to not recognize the legitimacy of @NicolasMaduro’s new term” as of January 10, 2019 #OEAconVzla #Venezuela pic.twitter.com/TvngkdiaIC

U.S. Secretary of State @SecPompeo condemned Venezuelan President @NicolasMaduro for usurpation of power on Thursday, as the South American leader was sworn in to second term in office that governments around the world described as illegitimate. https://t.co/aqUDNfTlTY