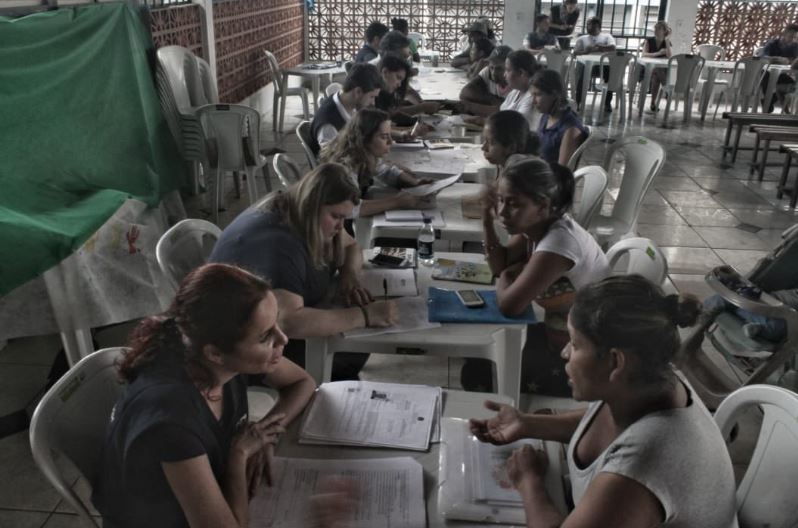 Brazilian judge Helder Girão Barreto has suspended entry of Venezuelan migrants into Brazil where the Spanish speaking country meets the border state of Roraima, located in the Brazilian Amazon.

The decision, which has received criticism from Brazil’s Attorney General, Human Rights Minister and Public Federal Minister, was made this afternoon, August 6.

It comes following a lawsuit filed earlier this year by Roraima state governor Suely Campos, who insisted that the federal government provide more money to finance the burden that the flow of Venezuelan migrants was placing on Brazil’s health and education systems.

According to Brazil’s Attorney General, besides interfering in matters which should fall under federal expertise, Barreto’s recent decision “jeopardises Venezuelans that come to Brazil” and is a form of “discrimination that contradicts Brazil’s humanitarian principles,” reported EXAME.

In conversation with The Guardian, Sister Telma Lage, who is part of the Migration and Human Rights Institute – an NGO that works with migrants in Roraima’s capital Boa Vista – also claimed the judge had gone too far.

The flow of Venezuelan migrants fleeing their home country’s ongoing humanitarian crisis has this year become an increasing concern for Brazil, in comparison to closer neighbouring countries such as Colombia, where it has long since been on the national agenda.

At the beginning of 2018, figures from the United Nations reported that Venezuelans were leaving their home country at a rate of 5,000 per day.

Speaking about his decision, judge Barreto emphasised, “it is imperative to to reject the idea that, when it comes to immigration, the Union can do everything, and that [Brazilian] states and municipalities should put up with everything,” suggesting that the state adopt a new immigration policy.

He focused mainly on the burden that the poor state of Roraima is having to assume, largely on its own: “the onus of this policy should be split between all [states] and not just one,” he said. “There is no point in welcoming Venezuelan immigrants if they are going to be subjected to equal or more degrading conditions here,” he pointed out.

Despite criticism, in a statement Roraima state governor Campos welcomed Barreto’s ruling, claiming it was time Roraima received some support after feeling totally abandoned by the federal government.

In the context of a severe measles epidemic occurring in the state of Roraima, which the government have already put down to the influx of Venezuelan migrants, prospects look increasingly bleak for the well being of vulnerable families who arrive at the border on a daily basis and find themselves especially susceptible to catching the disease. However, it was recently ordered that Brazil’s National Sanitary Surveillance Agency (ANVISA) ensure that all Venezuelan families who already find themselves in Brazil are vaccinated against measles.

As it stands, migrants from Venezuela will now be unable to enter Brazil until a better “humanitarian reception” can be established, says Judge Barreto.